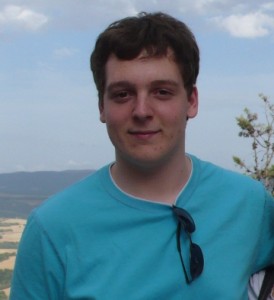 I currently work as a systems administrator for GSA Capital, managing Unix, Linux and Windows systems and providing IT support. I rely heavily on automation and open source technologies in my daily activities.

Before then, I worked for Netcraft in Bath, while taking a year out from my degree studies. My roles included developing and running the SSL Server Survey, reviewing Automated Vulnerability Scan results, and performing occasional penetration tests against web applications for financial institutions.

I am a former graudate of ECS (University of Southampton), earning a First in Computer Science with Distributed Systems and Networks to the Masters level.

In my spare time, I am a member of the Sabayon Linux developers group, where I help maintain the Sabayon Community Repositories, help look after the project infrastructure, maintain the puppet-sabayon module, and dabble with package maintenance.

VMWare vCenter 7 adds support for OIDC single-sign on. Officially only ADFS is supported, but with some tweaks, KeyCloak can be used instead. The changes necessary to trick vCenter into accepting KeyCloak as an IDP are:

The process is described in more detail on my wiki here: http://dokuwiki.sihnon.net/vmware#oidc_sso_authentication_via_keycloak

Using OIDC for logging into vCenter can save entering the password as often, and the IDP supports 2FA, then this is used for the login to vCenter which is a nice security improvement. KeyCloak supports both TOTP codes, and FIDO U2F as the second factor, meaning it support Yubikeys and Krypton.

While setting this up, the /var/log/vmware/sso/tokenservice.log logfile on the vCenter host is helpful for troubleshooting the login process. It will show the data extracted fro the JWT claim, which can be used to confirm the username and domain claims are being set correctly